What is a Tariff Code?

Written by Sharon Smith on May 26, 2021 in Customs bond blog

A Tariff Code is a specific code that identifies product involved in global commerce. The World Customs Organization (WCO), developed in 1988, maintains the Harmonized Systems (HS) that 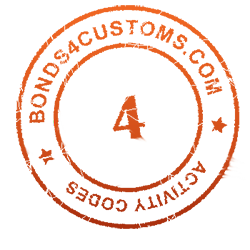 over 170 countries participate in. The six-digit code is a universal standard that is the same for all countries to identify items in international trade. The first two digits categorize the product (i.e. clothing). The second two define this classification further (i.e. shirts). The last two digits specify the product in more detail (i.e. men’s blue shirt).

The U.S. International Trade Commission (USITC) publishes and maintains the HTS and provides technical information on its structure and modification. But, it’s the Bureau of Customs and Border Protection (CBP) that is solely authorized to interpret the HTS. They can issue legally binding rulings or advice on the tariff classification of imports and their treatment upon entry into the United States. They also administer the customs laws.

With an HTS code, you can estimate the customs duties you will need to pay upon importing into the U.S. These codes are important because they not only determine the tariff/duty rate of the traded product, but they also keep a record of international trade statistics that are used in nearly 200 countries.

Bonds4customs.com is a service of AssuredPartners one of the largest and fastest growing insurance agencies in the nation. As part of Surety1 and representing over a dozen surety bond companies, Surety1 is the premier online provider of surety bonds nationwide since 2003.

Apply for A Customs Bond

Tags: What is a Tariff Code?

A Bit About Us

Bonds4Customs is an affiliate of Surety Solutions Insurance Services, Inc. We have provided unbridled service in the surety bond industry since 2003. We have an A+ accreditation with the Better Business Bureau.